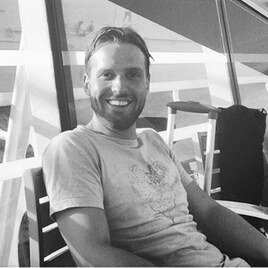 Al Palacios is a filmmaker, painter and teacher based in L.A. California. He holds a Bachelor in Fine Arts and a Master in Critical Studies, UCM, Madrid and HFBK, Hamburg, MFA courses, School of the Art Institute of Chicago (SAIC). Former Fulbright University of California Los Angeles (UCLA), Doctoral Researcher in Communication - CINEMA studies. Distinctions such as Best Emerging artist nomination in CUTLOG Paris 2011, director of the movie “The Path of Totality” released in CANNES film festival 2018 SFC. Former associate professor, University of Technology and Digital Arts, Madrid and current researcher at the ThinkTank DS-LA, Al´s has lectured about painting, cinema and images theory in Europe and USA, including the design of a TEDx talk, released in the US Capitol, Washington DC, 2017. Member of the art section of the French Academy of Arts and Sciences in Spain (Casa Velazquez) since 2012.